Ugh, LG: reusing a name from last year for a virtual clone of a phone from this year

Back in June, we told you about the release of the LG Q Stylus Plus, which is a lot like a Samsung Galaxy Note device, but way cheaper. As the name suggests, it comes with a stylus (although a comparatively dumb one when you hold it up against the S Pen).

Now, LG is releasing a phone called the LG Q8, which is confusing for two reasons. First, the company released an LG Q8 last year; second, this year’s LG Q8 is virtually identical to the LG Q Stylus Plus announced less than two months ago.

If your head is spinning, don’t feel bad: mine is, too.

It’s been just over six months since LG revealed plans to overhaul its mobile strategy in a bid to end its unenviable run of quarterly losses that stretches all the way back to 2016. Today, …

Just like the LG Q Stylus Plus, the LG Q8 has a 6.2-inch display, a Qualcomm Snapdragon 450, 4GB of RAM, 64GB of storage, an IP68 rating, USB Type-C connectivity, and a rear fingerprint sensor. It even comes in the same color choices: Aurora Black and Moroccan Blue.

Other than the name, I can’t really find many differences at all between the two devices.

One would thus assume that the LG Q Stylus Plus and the 2018 edition of the LG Q8 are the same devices but just rebranded for different countries. The LG Q8 (2018) only has pricing for Korea (539,000 Korean won, or ~$478) and the LG Q Stylus line saw release in India and America. So it seems that is the case.

But why? Why does LG make things so confusing? It’s hard enough to keep track of its flagship devices. I wonder if this is part of the problems affecting LG’s mobile sales…

NEXT: LG silently launches LG G7 Plus ThinQ in India like it isn’t even trying 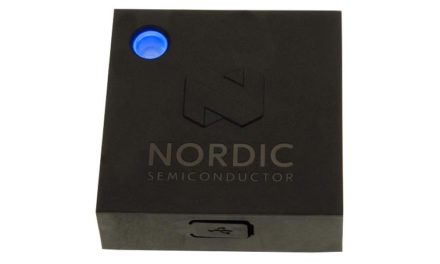 What is the Nordic Thingy:52? – Gary explains

Spotify files for IPO amidst increasing competition from Apple and Google