Tested: Is a $400 iPhone SE really faster than the most powerful Android phone?

The inclusion of the A13 Bionic processor in the

https://www.youtube.com/watch?v=Ic8nMpGWFd0&feature=emb_title We saw the first 5G phones emerge earlier in 2019, but 2020 promises to be the year when 5G devices truly go mainstream in many markets. The newly announced Snapdragon 865 processor is expected to …
Geekbench 5 score for iPhone 11 Pro Max

The iPhone SE completes Speed Test G in one minute 15 seconds compared to one minute and 14.5 seconds for its bigger sibling. But as the Geekbench and AnTuTu scores show the A13 in the iPhone SE doesn’t perform the same as the A13 in the iPhone 11 series. Speed Test G actually shows the same thing. The GPU section of the test is a complex “fly over” written in Unity. The iPhone 11 Pro Max is faster by half a second.

The iPhone SE should actually beat the iPhone 11 Pro Max… but it doesn’t.

iPhone SE vs Android: It’s all about heat

Related: Imagine, for a second, if Android OEMs released an iPhone SE-style phone

Remember, these are passively cooled devices, no fans.

However, personally I think it is about cooling. The iPhone SE is a much smaller device. Smaller means there is less surface area to dissipate heat. When the processor gets warm then iOS is forced to lower the clock speeds until the temperate drops. Remember, these are passively cooled devices, no fans. From using the iPhone SE and the iPhone 11 Pro Max side by side for the last few days, it is clear that the iPhone SE is running warmer to the touch. Also my initial testing of the performance of the SE when running hot shows a significant performance drop. When my testing is complete I will make a video on the Speed Test G channel.

So, while the iPhone SE can sprint out of the gate faster than the Galaxy S20 Ultra, it seems that after the first few meters it slows down, particularly when all the cores of the CPU are being used simultaneously. In the end, it manages to get over the finish line ahead of the S20 Ultra, but that seems to depend on where you draw that line.

iPhone SE iPhone 11 power in an iPhone 8 body.
The iPhone SE offers the power of Apple’s latest and greatest, for less than half the cost.

Want to read more about Android’s biggest rival? Check out our Apple content below: 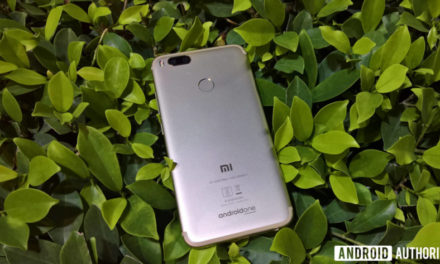 Xiaomi launches its first Android One smartphone, the Mi A1