Here at Android Authority, we have a diverse staff. We come from all over the world and we use all kinds of technology. The Staff Picks series shows you what tech we use for work, play, and health.

Hola, mí gente! My name is Williams Pelegrin and I’m a Writer here at Android Authority. I’ve been focused on news during most of my tenure here, but nowadays I mainly recommend you great products. I even dabble in reviews once in a blue moon.

I try to use what I have for as long as possible, a habit that’ll save me money in the long run. However, I’m also not one to ignore new gadgets if they provide some sort of utility. With that said, here are nine products I use every day.

I’ve owned MacBooks and various Windows laptops, but no machine has captured and sustained my interest quite like a Chromebook. There’s something alluring about the simplicity of Chrome OS, though it also helps Chromebooks are relatively cheap too.

Related: The best Chromebook deals you can get right now

Enter my beloved Acer Chromebook 15. I’ve owned this laptop for a little over two years, and I love this thing. The Intel Pentium N4200 processor and 4GB of RAM are low-end by today’s standards, but they’re more than enough to see me through a work day without many slowdowns. The 15.6-inch FHD display isn’t the brightest around, but it provides plenty of space for me to work with.

The day will come when I have to replace the Chromebook 15 with something better. Until that day, I’m happy to use this machine each and every day.

I picked up the Logitech MX Master 2S almost two years ago, and I haven’t looked back. Taking the place of the not-so-awesome-feeling trackpad of my Acer Chromebook 15, the mouse has been a workhorse. Tracking remains excellent and battery life remains a strong point. I use it for seven to eight hours each day, and I only charge it once every two to three weeks.

I like it so much, the micro-USB port doesn’t bother me. I know the newer MX Master 3 switched to USB-C, but it’s not an issue to dust off my micro-USB cable every few weeks. If you’re okay with a slightly older mouse, the MX Master 2S should be high on your list.

I have a love/hate relationship with my Google Pixel 3 XL. I love Google’s clean version of Android, the camera, and the timely security and platform updates. I hate the performance issues it’s had, the relatively poor memory management, and the lack of multiple rear cameras.

That said, I got it on sale through Google Fi and am generally happy with it. I don’t have any desire to upgrade anytime soon, even though it hasn’t aged amazingly well.


It’s been a very cool minute since I last owned a Wear OS smartwatch. Five years ago with the LG G Watch, to be exact. However, I jumped back in when I saw how low the Fossil Gen 5 has been going for.

I appreciate the Gen 5’s rotating dial, making it easier to navigate the software. I also like how many of the apps on my Pixel 3 XL have a Wear OS equivalent, such as Dark Sky and Spotify. I’m a bit perturbed by reports of the charging rings coming off, but the issue doesn’t seem to be widespread. Still, the Fossil Gen 5 has been a great smartwatch so far.


If I had to name my favorite gadget, it’d be the Nintendo Switch. I’ve since replaced the launch version with the refreshed version, but the enjoyment I’ve had with it hasn’t been replaced. Even two years later, I’m still amazed I can play titles like Super Mario Odyssey, Astral Chain, and Luigi’s Mansion 3 while laying on the couch.

The console isn’t perfect. I wish it was more powerful, for one. I’m also not a fan of the clicky buttons and the drift issue plaguing some users. I haven’t experienced the issue on my Joy-Cons, but it’s a bit worrying. That said, I’ve had so much fun with the Switch and am happy it exists.

I listen to a bunch of music while I work. It makes me feel more productive, even though I know that’s more psychological than anything. With that said, I listen to music every day using my Sony WF-1000XM3. It has a goofy name, but it’s my favorite pair of true wireless earbuds right now.

The earbuds sound shockingly good, even without aptX support. Even the noise cancelling tech works as advertised, as I found out during a trip to New York City a few months back. I don’t need noise cancelling at home, but leaving it on adds an extra bit of oomph to all the metalcore songs I listen to.

I have enough portable batteries to see me through a weeks-long power outage, but the one I keep coming back to is the Omnicharge Omni 20. This trusty battery pack primarily lives in my backpack, but it’s also useful at home whenever I’m far from an outlet. That’s thanks to the built-in AC outlet. It also has two USB ports, DC output, and wireless charging for other devices.

The Omni 20 is a bulky portable battery, but I enjoy it because of its flexibility and design. The exterior’s lightly-course matte material has aged well, and the OLED display lets me keep tabs on the battery percentage, amount of output, and more.

I’ll admit I don’t use the Google Nest Hub as the company intended. I don’t have other smart home gadgets, so I use the Nest Hub for music, podcasts, and YouTube. Sometimes, I throw a weather query at the thing to know what the next few days will look like.

The day will come when I have a home to call my own and deck it out with smart home devices. That’s when I can use my Google Nest Hub to its full potential. Until then, it’s a media consumption device for me and I’m happy with that.


Reading on my Amazon Kindle Oasis has been very therapeutic for me, even if I’m only reading a few minutes each day. My mental health hasn’t been the greatest during this past year, but reading relaxes me and keeps me grounded. Lately, I’ve been reading Bad Blood by John Carreyrou. However, I also started on Dreamland: The True Tale of America’s Opiate Epidemic by Sam Quinones.

As for the Oasis itself, it’s much nicer than I thought it’d be. Comics and graphic novels somehow look great on the seven-inch display, and the display lighting is more even than on my much-older first-generation Kindle Paperwhite. It’s probably more Kindle than anyone needs, but the Oasis really is an e-reader’s dream device.

Deal: Verizon has deals on the Pixel 3 and more for Valentine’s Day (Update: Best Buy, too) 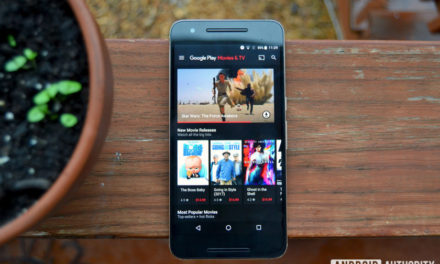 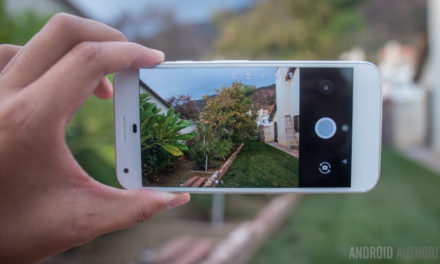 Want your Pixel photos to be seen by millions? So does Google