Released way back in 2008, Dixit is a card-based party game created by Jean-Louis Roubira that uses a deck of cards that feature storybook-like illustrations. All players are dealt 6 cards face down, and each player takes a turn at being the “storyteller” for each round. The storyteller looks at their cards and chooses one, then says a sentence or phrase that can be related to that card’s illustration without completely giving away what the illustration actually is. The other players then choose a card from their hand which they think best reflects the phrase the storyteller comes up with, all choices including the storyteller’s are shuffled up and then placed face up. All players besides the storyteller then use anonymous numbered tokens to guess which face up card they think was the storyteller’s. The choices are then revealed, and points are awarded based on the selections. It’s actually a very simple game that I’m making sound more complicated than it is, so check out this excellent video from Youtuber Teach The Table that explains Dixit in less than 3 minutes.

Despite being more than a decade old, I hadn’t ever heard about Dixit before, but it is apparently a very popular card game in the card and board gaming community and to date has sold more than 6 million copies. Now developer Tempete Studio is cramming all of that party game goodness down into a digital version for mobile devices that they’re calling Dixit World. Mobile is an absolutely fantastic platform for games like this, as evidenced by games such as Keep Talking and Nobody Explodes, Space Team, Triple Agent, and many more. I think this is because nearly everybody has a smartphone nowadays and when there’s a digital version of a party game you don’t have to be concerned with lugging a box of cards or game pieces around with you. Instead you have everything you need in a tidy little app on your phone that you already have with you anyway, so spontaneously busting out a game with some friends is much more likely to happen. Here’s a teaser for what the studio is cooking up with Dixit World.

The mobile version has been in the works for at least a couple of years now, and will feature multiple game modes as well as both local and online multiplayer. It’ll be free to play with no time limit, and instead it sounds like they’ll be monetizing by way of buying new cards and customization items instead of anything that could actually give you a competitive advantage in the game. There’s no release date set currently, but Tempete Studio is gearing up for a closed beta test next month and they’re looking to find some testers to fill those spots. If you’re interested you can sign up on the game’s official website for either iOS or Android, and if you get in the closed testing will start on May 18th. As I previously alluded to, I’m a big fan of these types of games on mobile, so be sure to sign up for testing if you’re also interested and we’ll keep an eye out for an official release date for Dixit World hopefully soon.

Before the Pixel 3 is released, Google needs to add features to its camera app 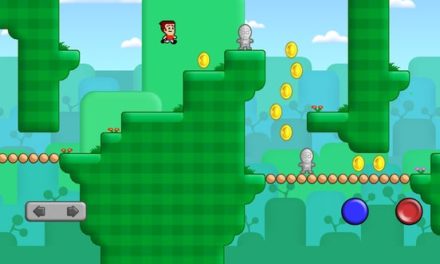 The best deals on the App Store this week – September 27

Glorious gadgets: Get the perfect shot with the Rigiet smartphone gimbal