If you’re already a Plex user, you know how powerful of a system it is when it comes to streaming your personal media library to all your devices. However, what if you don’t have (and don’t want to set up) a Plex media library? That’s where the new Plex video-on-demand feature comes in.

With Plex video-on-demand, you can watch thousands of ad-supported movies, concerts, and television shows for free. You don’t need to set up a Plex media library and you don’t need to be a Plex Pass member. Of course, people with Plex Pass and their own personal libraries can enjoy the new feature, too.

Related: I ditched Google Play Music for my own Plex server: The good and the bad

If you’re not already a Plex user, all you need to do is download the Plex app on your device-of-choice. Plex is available on pretty much anything, including Android devices, Roku streamers, smart TVs, gaming consoles, and more. Once you’ve got the app, simply create an account and that’s it: you’re ready to watch all the ad-supported content you can handle.

Want to know more? We’ve got the answers to some of the questions you’re likely to have below.

Is Plex video-on-demand really free of all costs?

Yes, it is totally free. Of course, it’s ad-supported so you’ll need to deal with the inconvenience of your viewing experience seeing periodic interruptions. But there’s no need to pay the company anything to enjoy Plex video-on-demand.

What kinds of films, TV shows, and other media are available?

Surprisingly, there is actually a lot of great content available with Plex video-on-demand. Plex has partnerships with many of the biggest movie studios, including Metro Goldwyn Mayer (MGM), Warner Bros. Domestic Television Distribution, Lionsgate, and Legendary, with many more on the way. There are Academy Award-winning movies here (Thelma & Louise, The Right Stuff, The Usual Suspects, more) as well as cult-favorites (Lord of War, Bloodsport, This is Spinal Tap, more).

Television shows are, at the moment, a little less prevalent with Plex video-on-demand. However, more shows are on the way.

As one would expect, some titles will only be available for a limited time, while others will stay with the service for good.

How intrusive are the ads with Plex video-on-demand?

Even one ad is going to be intrusive when you’re watching something, but that’s the price you’ll pay for having free access to all this content. Thankfully, though, Plex keeps the advertisements to a minimum so you don’t feel as if you’re being bludgeoned over the head with commercials.

Every time you start a new video-on-demand feature, you’ll see a brief pre-roll ad. Then, during the feature, ads will show up in blocks every now and again. According to Plex, ads show up around 60% less than they would if you were watching a film broadcast on cable, so think of this like catching a movie on TV, but better.

Will this mess with my carefully-curated Plex library?

Not at all! That’s one of the best parts about Plex video-on-demand: if you’re already a Plex user, you can keep the VOD aspects of Plex completely separate from your personal library. In fact, you can even hide the entire content channel if you have no interest in it.

The Plex VOD section will appear as a new library called “Movies & TV.” For all intents and purposes, this is basically a new library of content on your server that just happens to be hosted by Plex. You can move the library around on your list or hide it altogether, just as you would with a library you own. It will also look and function just like every other library.

And, although this likely goes without saying, Plex is definitively not adding advertisements to your personal library content. The ads will only appear on Plex video-on-demand content, and nowhere else.

I’ve never used Plex before. Why should I use this?

Plex allows you to take your personal collection of media files anywhere you go. Think of Plex as a personal Netflix, Spotify, Audible, and Hulu wrapped all in one. Except, since you’re streaming content you own, you don’t even need to pay a monthly fee.

However, setting up a Plex library requires some hardware (usually a PC or powerful media streamer) and some technical know-how.

With Plex video-on-demand, you can get all the benefits of owning a Plex server without needing to set up anything or buy any of your own content. In exchange for watching a few ads here and there, Plex will give you tons of content for free with no setup required.

Best of all, viewing media through Plex is seamless. Let’s say you’re watching a movie at home on your Roku but then need to catch a train. You can stop watching the film on your Roku, open up the Plex app on your smartphone, and continue right from where you left off. This works for Plex video-on-demand titles as well as personal library items.

Plex also does a terrific job of suggesting new content for you. You can manually search for media if you like, but Plex will also organize media in fun categories, such as Award Winners, Feel Like Some Feels, and simpler genre categories such as Sci-Fi, Action, etc. Plex will also let you know if there are other films like the one you are currently watching.

Have more questions? Check out Plex’s blog entry about the new VOD service or click here to learn all about the Plex system.

Plex for Android gets picture-in-picture mode, see how it works here

I ditched Google Play Music for my own Plex server: The good and the bad

Two-years-old Plex Cloud Service will shut down in November

Listen to podcasts through Plex! (Still in beta, though) 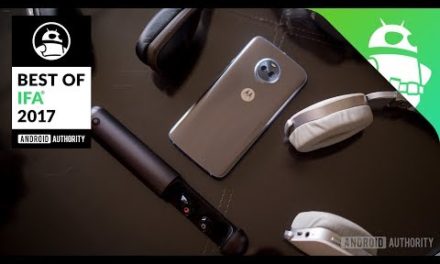 The Witcher Netflix review: 5 things we loved and hated about the TV series