AEG was showing off their newest game, Inner Compass. Most game companies strive to strike a single tone with the games they produce and Inner Compass is just the latest reminder that you might not ever pin down AEG as a one note creator. This modern existential navigation game is a big departure from what someone would normally sit down to a boardgame for. As if to prove the point that AEG will never be caught going in just one direction, Todd Rowland was able to impart some info on their latest foray into the digital space with an announcement that The Captain is Dead is being worked on for a VR title coming soon. In some ways these two games do share a few similarities. People faced with crisis in their lives need to find a way to resolve it. You might not know how things turn out, but it’s easier to get to the next round if you have a few friends!

The last year has seen AEG bring forth Mystic Vale ($4.99) as well, a deck building game with multiple expansions as well as a slew of updates to fix and polish their interface. This was probably their biggest app so far. They also have Cat Lady ($1.99) and Smash Up ($3.99) digital versions available on the App Store. I am a pretty huge fan of Smash Up, a game that asks you to make a deck out of two iconic, ridiculous or off the wall factions. Space pirates vs Werewolf wizards? yeah you can do that. Each deck in the game feels flavorful and the app has a ton of the expansions.

Scott Rencher and his team at North Star Games have been building upon the success Evolution (Free) has seen since its iOS debut early in 2019. With various feature adds including solo adventure challenges, Evolution seems to be picking up more and more steam to cater to their growing user base. Scott said a big influence for the development choices in Evolution come from his most avid beta play testers, his kids! As a father myself, I had to ask him about the more educational mode that they are working on currently. He said that kids want to learn but it still has to be a fun game. He said if he didn’t have kids, the game would look completely different and they were the inspiration for the educational mode. It’s easy to see how Evolution could easily be translated to a classroom format, and he said even in its current iteration, Evolution has been used in classrooms to demonstrate how the evolution process functions.

North Star had previously announced that Evolution would be heading to the Switch, with Jared getting a hands-on demo of that version at PAX West back in September. I got a chance to play through a game on the Switch myself and the controls and layout are just as finely tuned for Switch as they are for iOS. The software team at North Star seems to have even more irons in the fire now than they did last year. Keep looking for more content from this team because they show no sign of slowing down.

Weave (Free) doesn’t look like an RPG. It actually looks more like Uber’s new beautiful streamlined interface than a game you could play with other people. Well, if it looks like a travel app, that might be because Monocle Society is transporting pen and paper role playing games from the very technically complex roots they were created in to a place much more accessible to an average human being. I sat down with Kyle and Mike on the PAX Unplugged showroom floor and got to hear direct from the decision makers at Monocle Society all about what Weave is.

More people are playing RPGs than ever before, and one of the biggest problems people tend to run into when getting started is the wall of text effect of having to read handbooks, fill out character sheets, watch tutorial videos on what makes a smart wizard or a strong barbarian. Weave wants to connect the player directly to the game without the number crunching hurdle. It does this in a wonderfully streamlined fashion. Rather than lay out specific attributes, story hooks, or characters, Weave starts in the abstract. Using a 22 card tarot inspired deck and 4 elements, the companion app will guide you through the decisions you need to make a character in about 3 minutes, and the decisions to build a campaign in about 5.

So what does that mean? Well, those four elements are Stones, Flame, Gale, and Brook. These abstract ideas take the form of concrete game mechanics in different ways. When creating your character, you are asked to pick one of the elements, Stones representing strength, Flame intelligence, Brook agility and Gale charisma. You then are asked to pick some character strengths and weaknesses which you choose by scanning a tarot card for each question and usually get a few options to pick from. The dice and the cards are the only physical part of the game and you quickly become accustomed to applying these abstract components to specific challenges. So for example if you as a player were tasked with knocking a troll off a cliff you are standing next to, you might be told it is a 2 stone challenge, since stones are a representation of physicality. You could argue that as a mage, you could also knock him off with a fireball and change the challenge to a 2 flame challenge. In either case you roll dice to see if you get the required number of stones or flames including what your class contributes to such checks. Another interesting feature of this game is that it is actually more like a game system. With the abstract mechanics and abstract art, you could play a fantasy setting just as easily as a futuristic setting or an 80s throwback style of campaigns. Weave has actually done just that. They have multiple campaigns that you can take players through as a dungeon master already and that’s part of what they were at PAX Unplugged 2019 to announce. Not only do they have a fully digital demo including full versions of 4 campaigns coming soon in Q1 2020, but simultaneously they are looking to launch Weave+, a subscription service that has some very ambitious goals.

So what is Weave+? Its a platform that wants to be the Netflix of the RPG world. A monthly subscription, much like Apple Arcade or GameClub (Free), would allow you access to Weave‘s entire library of growing playsets. While he was sitting down with me, Kyle very coyly hinted at their desire to bring recognizable IP universes into their system architecture. So you might see some of your favorite movie or tv franchises in RPG form with the Weave logo next to them and if that’s the case, this seems like a great way to have some amazing themed adventures in some very memorable story settings. This is one of the most exciting games I saw at PAX Unplugged this year and I hope we see more exciting details coming down the line from our friends at Monocle Society. 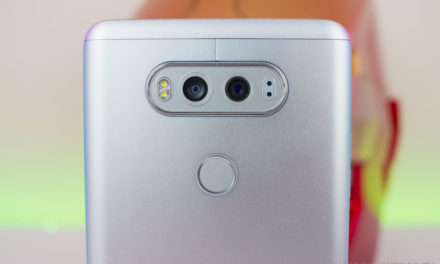