Update: October 23, 2020 (1:15 AM ET): Samsung has expanded the One UI 3.0 beta rollout to Galaxy S20 users in India. According to , the changelog listed an improved camera experience and the April 2020 security patch.

This April update created a bunch of issues on the S20 phones, especially the S20 Ultra which started displaying an unusual green display tint. Users also reported problems with autofocus and charging. Samsung revoked the update on April 20 to fix the problems and then issued a new update a few days later.

Samsung also pushed out the G98xxXXS2ATD5 update at the end of April, bringing the May 2020 security patch and not much else. The June patch followed shortly afterward for the unlocked models, with US carrier-branded models landing a week later.

At the end of June, Samsung started pushing out another update to the Galaxy S20 series with the July security patches. Along with the patch, there were some new features, such as the ability to use a Bluetooth microphone when using a voice recording app. The update also permanently removed the MirrorLink function on the phones. The feature allowed users to mirror their smartphone’s display to their car’s head unit.

On August 3, Samsung started rolling out the month’s security patches for the Galaxy S20, S20 Plus, and S20 Ultra in some countries. According to SamMobile, the update was initially rolled out to Exynos-powered Galaxy S20 models in a number of European countries. It should have also hit the Snapdragon models subsequently. If you haven’t received it yet, you might have to wait a bit longer.

Besides the August security patches, the update for the Galaxy S20 series also brought some stability and performance improvements.

On August 21, Samsung started rolling out the One UI 2.5 update to the Galaxy S20 family. This was a big software update for the S20 series and carried over a bunch of new features that first hit the Galaxy Note 20 when it launched. The update added an improved Pro video mode with the ability to record footage in 21:9 aspect ratio, change the direction of your phone’s mic, and more.

One UI 2.5 also brought features such as wireless DeX that connects your Galaxy S20 to your TV, Audio Bookmark to sync your notes with audio recording, the ability to change the duration of the Single Take camera mode, and more.

At the end of September, the Samsung Galaxy S20 series received firmware version G98xxXXU4BTIB with the September security patch and some camera improvements (h/t SamMobile).

On October 5, the Samsung Galaxy S20 series (excluding the Galaxy S20 FE) welcomed the October security patches (h/t SamMobile). The update carried firmware version G98xxXXS5BTIJ and did not add any new features or optimizations apart from the monthly security patches.

On October 7, Samsung started rolling out the first public beta of One UI 3.0 to users in the US. As detailed in a screenshot by XDA user SmileBigNow, the update came just under 2.9GB and with firmware version number G988USQU1ZTJ3.

A week later, the second One UI 3.0 public beta update hit Galaxy S20 phones in the US, per SamMobile. The update carried firmware version G988U1UEU1ZTJA. No significant changes were mentioned in the changelog, but the update did bring the October security patch in tow.

Here are the current stable versions of each device in the Galaxy S20 family.

Let us know which Samsung Galaxy S20 update you’re rocking in the comments. Also, if you’ve spotted an OTA that we haven’t, tip us!

Looking for another device update? Check out our Android 9 Pie and Android 10 update trackers.

The best Samsung Galaxy S20 Plus skins to get

The iPhone SE is Apple’s time to shine in India

The TCL 10 Series redefines what an affordable flagship should be 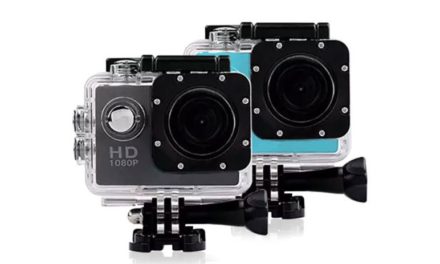