Little Misfortune ($6.99) exists as a game that aims high and lands in somewhat murky waters with little solid grounding around it. Initially released on Steam in late 2019, its mobile release sees a seemingly cobbled together port work its way over to iOS in a way that, in simplest terms, technically works. However, the game itself has strong highlights, captivating elements, and it all comes together to create a game that is worth experiencing.

As with most ports of computer or console games, finding the groove of iOS controls and how it differs from a keyboard or controller can be difficult. For some genres, like puzzles and arcade-style games, the transition can be seamless. However, for others, it may be a bit more difficult. FPS games and sidescrollers still struggle to translate directly over to touchscreen devices solely because reaction times are a key element of play. Some games, like Super Mario Run, Lara Croft GO, and Fire Emblem Heroes put a slight twist on the mechanics of gameplay in order to make the game more accessible on a touchscreen. With a point-and-click style game, it would be assumed that when moving over to iOS, there should be no problem. Sadly, there are a few.

From the start of the game, the text along the bottom of the screen still reads “PRESS ENTER” despite being on a fully touchscreen device. This, in itself, is excusable. A graphical mistake has no barring on how fun or enjoyable – or even playable – a game may be. When you progress into the game itself, the simplest of things begin to pull back the curtain and feel as if moving to iOS was approached with haste and disregard. Tapping an arrow to interact with a different item in the environment you’re in works just as expected. But when given the option between choosing one or two item or options, you’re guided to hold a side of the screen until your decision is made final. In action, it doesn’t fair as well as it would on a console or computer. It feels clunky and unintuitive. It’s as if the remnants of 3D Touch are yearning to creep through this app and this app alone; forgoing any design language found elsewhere on iOS. These mistakes or oversights are not completely overridden when factoring in the game itself.

Little Misfortune’s titular character, Misfortune Ramirez Hernandez, speaks in a very bubbly, charming tone that would be expected of any young child. The things she discusses and explains, however, are not. Within the first few minutes of the game, you’re introduced to themes that even adults struggle to deal with. There’s mention of her father being abusive towards her and her mother, the idea of what “feelings” are and how she may have these feelings for a *fox*, accidental murder of a child’s parents by that same child, and even the depths of suicide. All of these themes are longstanding and important to the overall story, but it lacks in delivery. Almost every portion of it feels ham-fisted and as if it is thrown in solely for its shock value. Worst of all, some of these themes and ideas are introduced once and quickly vacated.

The game does seem to understand itself, however. There is a level of ironic self-awareness in the ridiculousness of the story and how it’s told. Misfortune is given glitter early on in the game that can be thrown around at any given time despite the undertones and severity of the situation. It adds a level of comedic relief to otherwise tense and hard-to-grasp situations. Although, it does leave a bit to be desired. It feels as if things are presented with shock value, solely to be juxtaposed by the glitter and soft, child voice that Misfortune has paired with her own joyous personality.

It’s not all bad, though. Where the game shines, it really shines. The voice acting of every single character is magnificent. It allows you to fell closer to the characters while breathing life into them despite how things around them are transpiring. As the story advances, you start to care more for the characters solely because of how the voice acting is able to prop those characters up and deliver a range of emotions that run against how someone would normally act during the same event in reality.

Even when logic lets you know if a character will end up being good or bad, there’s still a connection to them and their underlying story. Sadly, this ironically hurts the game in certain aspects. For example, the lack of story building or characterization for some of the background players leaves a lot to be desired. There are important people throughout the story, but bringing up how one child, a friend of Misfortune’s, is experiencing a traumatic event and then laying it by the wayside can negatively hurt the game overall. It begins to feel empty and barren when there are big things happening around, but very few of which are expounded upon.

The storytelling, save for the writing of it, exists on a plane above many other games. Traversing from one scene to the next feels effortless and fluid. The story develops with each new direction, leaving more and more to be desired and expected. The story itself doesn’t throw loops or become hard to follow and progress through, but rather places you in the center of the action with decisions to make. It’s enticing and exciting to actually feel involved in a story that is entirely foreign that has been painted in front of us.

The characters within the story have a level of depth that doesn’t necessarily expand beyond what we see on the surface. What’s presented is essentially what’s given. There are small moments where a character may act – well, out of character – but it’s never the starting point of something entirely different from how the character would act otherwise. However, each and every character blends and melds well together in this pot of ludicrously strung together plot points.

On top of all of that, the artwork and sounds from this game are woven together so gracefully. There is a bit of meta awareness and irony in how the art is cheery and peaceful, paired with sounds brightening or dampening an environment, and how both of those together stand opposite of what seems to be less meticulously thought out writing. The art of each scene feels like it was placed together with every bit and part having a purpose. The sounds capture exactly how the game would expect you to feel. Both of them together shoot and land higher than any other aspect of the game itself.

Little Misfortune is a fine game. It’s fun to play, it’s enticing, and it tells an interesting story that’s foreign to many of us. It utilizes metaphors for abuse and overcoming it, sometimes tackling it right on the nose, while still remaining grounded in what it tries to accomplish. It just doesn’t necessarily feel all that genuine in how it conveys those themes. At times, it feels downright cheesy and lost in itself. But everything else around the game shows just how much care was put in developing the game and building the world inside it. As a port, it doesn’t fail, but it barely survives. Its clunky controls and lack of understanding the overall user experience in mobile gaming highlight some of the critical oversights that lay on its surface.

With all that said, Little Misfortune is still a game worth playing if you’re a fan of classic point-and-click adventure titles or if you like traveling down darker paths with stories that unfold the entire way through. At its worst, Little Misfortune is a game that makes missteps that become apparent while playing it from a critical standpoint. At its absolute best, it’s a game that encapsulates thoughts and emotions that many wouldn’t consider while giving you a story that grows with each turn, and voice acting that sets it above many others.

We pride ourselves on delivering quality, long-form articles like this one instead of the SEO-driven click bait that is slowly taking over the internet. Unfortunately, articles like these rarely generate the traffic (and as a result, the ad revenue) of listicles, cheat guides, and other junk.

Please help us continue producing content like this by supporting TouchArcade on Patreon, doing your Amazon shopping by first visiting toucharcade.com/amazon, and/or making one-time contributions via PayPal.

'Idle Champions of the Forgotten Realms', the 'Dungeons and Dragons' Idle Clicker, Coming to iPad and Android Tablets

If ‘Panzer Dragoon’ and ‘Star Fox’ Had a Baby, it Might Look a Lot Like ‘Galerider’, Coming to iOS in October

The most controversial apps and games from 2019 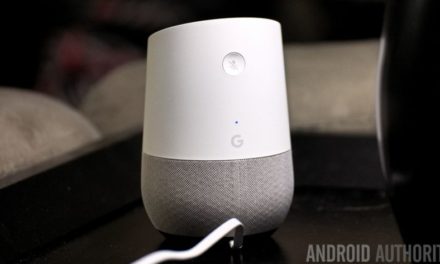