Left your phone in the cold? Here’s how to fix it

It’s happened to all of us: you accidentally left your smartphone in the car. Sometimes you might rush back to get it, and other times you might think, “Hey, I don’t need it right now, I’ll get it when I head back.”

Normally, a smartphone sitting in a vehicle for a few hours is not too big of a deal, but when the temperature outside is below freezing, it could cause some unexpected problems for your phone’s battery. The biggest problem is a quick drain — depending on how cold it is, a smartphone battery could go from fully charged to completely dead in a matter of minutes.

What’s worse is that right after that quick drain it will be impossible to recharge the device.

But don’t worry! Your battery is OK and your smartphone is going to be fine. Read on for tips on what to do if you face these issues, and then continue reading further to learn about why this happens.  Also keep in mind the same principles apply to pretty much any device with a lithium-ion battery including laptops, tablets, portable game systems, and the list goes on.

What to do if your cold phone won’t charge

If you have a cold phone that’s dead and refuses to charge, all you need to do is wait for it to get back to a normal temperature. This could be as simple as bringing the phone inside and just letting it sit for a few hours while it naturally gets back to a regular state.

If you can’t wait that long, you can very carefully heat up the device by placing it near a warm surface. This could be putting it into your pocket, laying it near (but not on) a radiator, or leaving it on the dash of your car while the heater pushes hot air.

Some people might think that the most important feature in a smartphone is its display size. Others believe it comes down to a phone’s processor performance, or the amount of RAM, or even how much …

Be careful, though: you should never put the phone into an oven or a microwave and you should never place it on or near something that is incredibly hot such as an electric hot plate or stove. You want the device to get a little warm, not cooked.

During this warming process, do not charge your phone. Just let it warm up on its own with no charging cable attached.

Once the phone warms up, turn it on. The battery might be at the same level it would have been before it got so cold. If it’s not, feel free to plug it in and charge it up as usual.

Why does the cold drain the battery?

Interestingly, scientists don’t quite understand why this happens. The science is clear that incredibly cold temperatures drain lithium-ion batteries very quickly, but the reasons why are still fairly mysterious.

Each smartphone battery has two sections: the anode and the cathode. When the battery is fully charged, lithium ions are embedded in porous graphite located in the anode, and when it’s drained, the ions are on the opposite end in the cathode. Electricity is produced when individual lithium-ions flow from the anode to the cathode.

Clock widgets are some of the most popular widgets on Android. It really puts a home screen together. Plus, it’s easier to see than the tiny time placement on the status bar. The most popular …

For some reason, when lithium-ion batteries are placed in cold temperatures, the chemical reaction produced by the movement of the lithium ions slows to a crawl — or even stops completely. The smartphone senses that the battery is no longer producing a charge and drops the charge meter to one percent or even zero percent. If enough time passes, the phone will shut off.

If you try to charge the phone while it’s in this state, the reactions still won’t happen because the battery is still too cold. In fact, this new introduction of electric current could cause problems for the battery.

Only when the battery is brought to a warmer temperature will the lithium ions move as normal and everything will once again work as expected. This is why a cold battery can go from empty to full again just by warming up: the lithium ions (i.e. the amount of battery charge) didn’t fully move from one end of the battery to the other, they just stopped moving.

Keep this in mind next time you are in a cold place! Try to keep your smartphone warm.

NEXT: 15 best weather apps and weather widgets for Android

The fastest charging phone gets even better next month (Update: Specs, design) 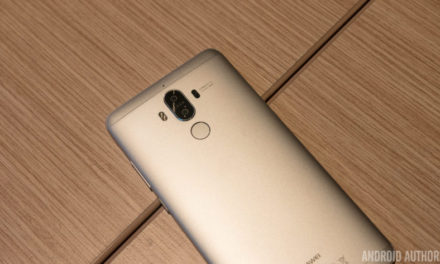 Huawei Mate 10: All the rumors in one place

Take to the skies in Flyff Legacy