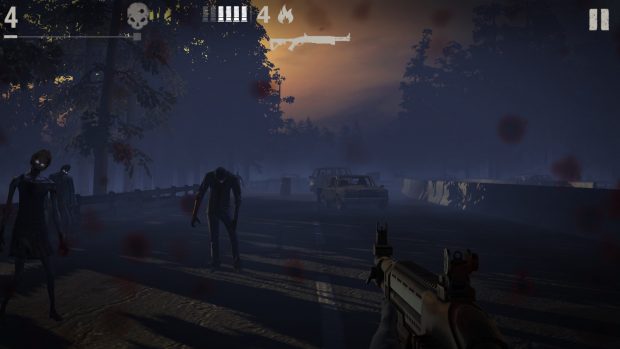 When the original Into the Dead came out I absolutely fell in love with it because the joy of running through a horde of zombies and using your limited amount of ammo to shoot the zombies in the head was just so satisfying. PikPok brought, even more, satisfaction to the series with Into the Dead 2 [Free]. With the volume of guns, exceptional graphics, the carnage of zombies and even the astonishing story mode. One thing I found myself to be a bit stuck with is the crafting of new weapons in the game and how to get better guns. There’s a ton of weapons in the game but it seems to be very troublesome to craft weapons without the use of spending some real money. I’ve played a good deal of time with Into the Dead 2 already and I believe that I have some tips and tricks that may be able to help you craft some new weaponry to deal with those zombies in the field.

I’ve found one of the easiest ways to get new weapons parts to craft new guns is to play the “Daily” game mode which allows you to use a weapon that the game has picked for that day and you have to get 250 kills (or more) to get the gun parts that are available that day you’re playing. This is a great way to get significantly better weapons and expand your arsenal. The only challenge to playing daily is that some days the game doesn’t give you a great gun and you may be stuck with using a pistol one day and it may be a stretch to get those 250 kills. Some days, it can be extremely easiest to get those 250 kills with a faster weapon or even a shotgun that kills multiple zombies with a one-shot kill (or even multiple kills per shot). This game mode also takes some practice and you most likely won’t get 250 kills on your first try but, after a few times of playing the mode, you’ll really begin to get the hang of it and should be a breeze in the park.

After playing a few hours of this game I’ve noticed that one of the best ways to gather new weapons is by participating in the events under the “survival” section in the game. They typically have three events and some offer weapons and some offer an amount of coins or gold or even parts to guns. The ones that offer guns as their prizes tend to be a bit harder but as long as you collect “survival points” you’ll have a good chance of getting higher on the leaderboard and score better prizes when the event ends. Even if the event ends and you’re not in the top 3 or even top 100 don’t worry. You’re still getting parts or currency from playing the event and in return, you can use those gun parts to make new weapons to help you run through those zombies.

Using Those Parts to Craft Your New Gun

So you’ve been playing events, daily missions, or even just bought some new weapons parts what do you do now? Well the first thing you should put into consideration when your beginning to craft your gun is, that it costs coins to craft a weapon and after you’ve crafted your gun it costs more and more to upgrade that same gun and if you upgraded a gun that isn’t as powerful as the one that you almost have enough parts for; I highly recommend saving your coins up for that gun that you almost have enough for instead trying to spend 1K on a gun that won’t help it much more. It would be better off to make a new gun then to keep upgrading the same old gun that you’ve been using for a long time unless you just really die to keep that same old weapon you’re using and upgrade it. Secondly, you should also know that if there’s a weapon that you really want and don’t have enough parts for you can always go to the store and go to lockboxes and either get free ones every 3 days or get 20+ parts just by spending 200 gold, which I noticed that this game really tries to make gold a hard currencies but it’s almost as easiest to get gold as it is to get coins. You can also exchange gold for silver in the shop so if your low on silver coins and need some more quickly that’s the best possible way to get more coins to upgrade or craft new weapons.

While playing the game for a couple days and slaying a few thousand zombies I noticed that the there are a few items that really help you while you’re on your endless runaway from zombies. That would be “perks”, they’re items that you can obtain from loot boxes, events, story mode, and many other things. They’re not the easiest thing to come across but when you do come across them you really have to savor them. They all do their own thing: Faster firing, reload, more starting ammo, and much more. When using them on the run they can really help you eliminate even more zombies and even avoid death at some points. Like I said, perks are hard to come by and there are actually some ways you can find them a bit easier and obtain even more of them.

The primary way to get more perks easily is by play/replaying some story missions and completing the goals that are posted on each episode of the chapters. For instance, if you get 80 kills you’ll receive a star and if you get a total of 10 stars you get a loot box full of items and parts. I’ve managed to get anywhere from 2 all the way to 6 perks per loot box in story mode. Another way I found helps receive more perks is by playing events. Events are a great way to get silver coins, gold, and perks! Granted I haven’t got a ton of perks, but I have got a good quantity of them that it’s worth suggesting that you should try giving some events a chance.

There are many weapons and perks in Into the Dead 2 and if you can find a good mix of perks with a special weapon you’ll be a zombie slayer in no time. Anything from a very basic pistol to a shotgun that can sweep 4 zombies heads off and catch their bodies on fire, the game has many guns to choose from and craft. This goes the same with perks, there are many perks to either buy or earn throughout the game and makes the game a whole new experience once you’ve tried out some of the perks for your self and then go back to a gun without them. The guns in the game don’t take very much learning to understand how the gun operates and its reload and fire time rates. The only thing that takes the longest amount of time learning, is really understanding when and when you shouldn’t use the perks. I always recommend trying to play through a level first and if it gets challenging or too frustrating to enable one of those perks and try out the level again.

OnePlus 8 may be sold by Verizon with 5G support

It’s not too late! Here are some of the best Prime Day deals you can still nab 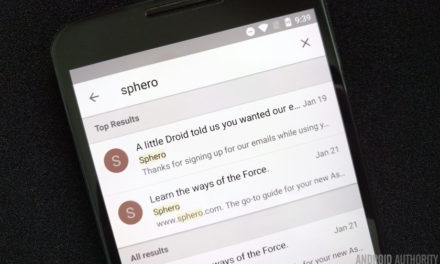 We asked, you told us: You are not thrilled about switching to YouTube Music