Holedown is a brand new game from the developer of the acclaimed real-time strategy game Rymdkapsel which mixes elements of arcade classics like Pong, Tetris, and Breakout with last year’s big hit Ballz to create a fiendishly addictive puzzler.

Described on the Play Store as “A Ball Bouncer With Depth,” in Holedown you’ll need to dig your way down to a planet’s core. In your way are odd shaped blocks which are broken by bouncing balls into them.

Puzzle games are among the most popular, ever. In fact, the most popular individual gaming franchise on mobile (Angry Birds) is a puzzle game. The genre has evolved consistently and developers have been finding new …

As with any great puzzle game, it all starts out very simple, but you’ll eventually be choosing upgrades, bouncing multiple balls, and angling bounces to maximize the number of hits with a single ball.

Holedown features six planets with each featuring procedurally generated block layouts. In total it’ll take you around five to six hours to complete but there’s also a bonus endless mode once you’ve completed the game, so you can effectively play forever.

The game’s oddball charm is matched by its simple, cartoony visuals and “space acid” soundtrack. All in all, the game looks and plays like the rest of Grapefrukt a.k.a. Martin Jonasson’s work, which also includes the aforementioned Rymdkapsel and Twofold Inc.

You can grab Holedown for just $3.99 on the Google Play Store by hitting the button below. It’s unclear if more levels will be added in the future, but for now the low asking price is well worth those few hours of ball-bouncing, block-breaking bliss.

Verizon, Sprint, and Samsung are shipping the Galaxy Note 8 early 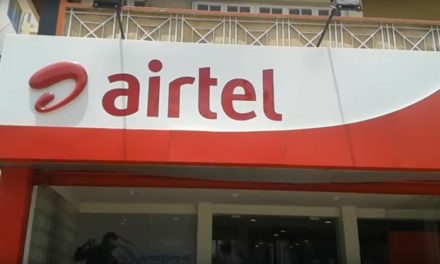 OpenSignal: Airtel is the fastest wireless carrier in India