Google’s latest Pixel 5 is hot off the press with a new aesthetic and, for the first time ever, an ultra-wide camera lens. OnePlus has also come out with its latest device — the OnePlus 8T — which hasn’t enjoyed any fundamental changes from its predecessor. So, even with mid-range specs, can the Google Pixel 5 beat out the stacked OnePlus 8T in the photography stakes? Find out in this Google Pixel 5 vs OnePlus 8T camera shootout!

Be sure to cast your vote on the winner in the poll at the end of the comparison. For a more detailed look at the features and specs differences between these two phones, check out our article below.

These two devices have radically different camera spec sheets. The OnePlus 8T opts for more cameras with some having higher resolutions. The Pixel 5 instead has just three cameras with all three coming in at a lower resolution.

Continue reading: Why Google chose the Snapdragon 765G for the Pixel 5

Not only does the Pixel 5 face a camera hardware deficit, it does so in performance, too. The Pixel 5 has a Snapdragon 765G vs the much more powerful Snapdragon 865 found in the OnePlus 8T. This difference will affect photo processing times, the amount of HDR exposures taken, and the max resolution and frame rate of video.

Let’s first take a look at a mixed-low light shot in an outdoor restaurant. This proved rather tough for the OnePlus 8T to get right as it leans heavily on warmer tones with yellowing present throughout the image.

The Pixel 5 neutralizes those tones to create a much more pleasing look to the image. Where the OnePlus 8T loses detail in the darkest areas, such as the seat to the left, the Pixel 5 retains plenty of light information.

Here’s a selfie from our own David Imel. Immediately, the OnePlus 8T’s image is brighter, making it look more pleasing. There is more vibrance and sharpness in this image too. Contrastingly, the Pixel 5’s image doesn’t pop as much. David’s face is softer in the Pixel’s photo too.

In this shot of David on a roof-top at night, the Pixel 5 manages both detail capture and realistic background blur thanks to its portrait Night Sight mode. The OnePlus 8T’s version is darker, noisier, and grungier.

In this shot of a potted plant against a window, the Pixel 5’s processing chops show their presence. The most obvious quality is the ability to retain detail in highlights with a pleasing roll-off to the slightly darker areas. This is shown to the left of the plant’s pot, where the light coming in from the window is hitting it.

See also: The best budget camera phones you can buy

In this shot of a side street on a cloudy day, the OnePlus 8T’s processing shows one of its biggest problems: mudding out foliage and fine detail. Even before cropping into the trees, you can see that the OnePlus 8T has far less detail.

Cropping in, though, you can see that in both the brighter and darker trees, the Pixel 5 manages to retain detail better, even if it’s not perfect. OnePlus’ smoothing becomes far more prominent here.

This shot of some leaves with a street below shows the big difference in the two’s color and contrast processing. The Pixel 5’s image is flatter with more realistic colors. The OnePlus 8T’s camera produces more contrast and saturation-heavy images, as evident in the leaves. Arguably, the OnePlus 8T’s image pops more but is less realistic.

Here’s a shot of a city at night time taken in each phone’s respective night mode. Immediately, OnePlus’s image is much brighter. This is likely helped by its bigger sensor and beefier processor.

Switching to ultra-wide lenses, both devices take way softer, darker images. There’s more bloom around highlights such as the windows in this image. The OnePlus 8T’s colors look moodier with more contrast whereas the Pixel’s image looks brighter with more dynamic range.

While the OnePlus 8T is going for the punchier, more appealing image, it does so at the detriment of detail and color accuracy. There’s an awful lot of contrast in its images, too. That said, at times it exposes the subject better so that the highlights aren’t blown out.

The Pixel 5, as expected, produced better images most of the time. There were some exposure inconsistencies. In all other facets, the Pixel’s processing helps it beat out the OnePlus 8T’s more powerful hardware. The highlight roll-off was smoother, the colors were more pleasing, and there was more detail in foliage.

Are you impressed with the lesser-spec’d Pixel 5? Or do you prefer the OnePlus 8T’s punchier camera? Cast your vote for the winner of our shootout in the poll below.

Google Pixel 3a review: The phone made for everyone 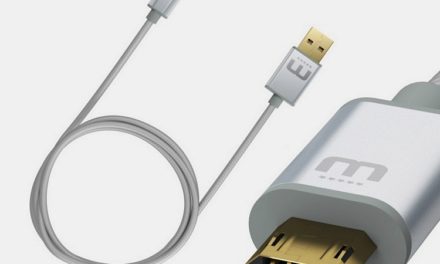 Stop plugging your MicroUSB cable in the wrong way with MicFlip 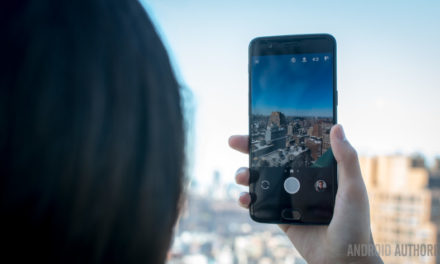