The Google Pixel has been a premium product since its inception in 2016. Google wanted the series to rival the iPhone. That is, to have such a tight integration between software and hardware that the experience wasn’t just usable, it was delightful. Until now, however, the company has demanded a premium price to make this happen, but the fact is, Google just doesn’t yet have the die-hard fan base that Apple does. Because of this, Google has had a hard time moving units over the years.

This year, the Mountain View company is taking a different approach. Google is a software company first, and while it still wants the Pixel 5 to be its flagship smartphone for the year, it’s cut some corners to bring the price down to a more affordable level. While last year’s

On the selfie side, we’re seeing what we’ve seen from previous Pixels. This is the same 8MP shooter you’re used to. It takes nice images overall, especially with the help of semantic segmentation. You can use portrait mode and Night Sight in selfie mode too, which offer 1.2x and 1.4x crops respectively. Selfie video has a time-lapse mode, which offers playback in 1x, 5x, 10x, 30x, and 120x speeds. This should be beneficial for people who want to vlog with their phones.

Speaking of video, Google has allowed for some pretty nice features here. Those include 4K 60fps recording, slow motion, a time-lapse mode, and four different stabilization modes. You’ve got Standard mode for light movement, Locked mode for far away still shots as if the phone was on a tripod, Active mode for heavy movement or running, and the Cinematic Pan I mentioned earlier.

Here’s a sample of 4k 30fps video footage in standard stabilization mode. Overall, I think the footage looks quite grainy, with a lot of noise in the shadows. I’m glad Google is adding all these new video features, but it would be a lot better if the sensor was bigger so the phone could capture more light.

Google’s camera app is quite good, though. Most features are very easy to find and the phone doesn’t feel like it’s got too many features you’ll never use. There are primary function tabs on the bottom with some extra features around the shutter, and deeper settings in the pull-down menu. I’m a fan.

The addition of a wide-angle camera was a good move, but I can’t stress how much I would love to see Google use a bigger sensor on the next Pixel. Processing on that small 12MP sensor will still be perfectly fine for most people, but when you compare it to other flagships shipping lately, the quality difference starts to show.

Several software features are exclusive to Pixel devices. Call Screening, Now Playing, and Google Recorder are just a few, and it’s undoubtedly true that you’ll get one of the most intelligent Android experiences on a Google Pixel phone. Almost all of Pixel’s unique features are things you’ll actually use and not gimmicks too. That’s not something that can be said of every smartphone.

Another important part of the Pixel software experience is that Google

If you’re a fan of iOS, Apple just announced the iPhone 12 Mini, which also matches the Pixel 5’s price of $699. The iPhone 12 Mini has a much faster processor in the form of the new Apple A14 Bionic, but it loses out on refresh rate and the quality of its personal digital assistant. While we haven’t been able to do a full review on this device yet, we’ll share our thoughts soon.

If you’re someone who needs more power for things like gaming or better video, you might want to look at more specialized options like the Asus ROG Phone 3, the Sony Xperia 1 II, or Sony Xperia 5 II. That being said, those phones start closer to $1,000 or more, so they’re not really in the same ballpark.

Google Pixel 5 review: Should you buy it?

Personally, I’m a huge fan of the Google Pixel 5. It has a genuinely wonderful display, fantastic battery life, and all the small things I love like wireless charging and IP68 water resistance. Additionally, the extremely tight integration with Google’s apps and services, unique features through Google Assistant, and guaranteed updates for three years add a lot more value than a spec sheet can tell.

If you are willing to spend $700 and you’re sure you want an Android phone, I can definitely recommend the Google Pixel 5. It may not have the fastest processor, the quickest charging, the highest refresh rate display, or the biggest camera sensors, but the Google Pixel 5 does the basics better than almost any other smartphone on the market. The Google Pixel 5 is genuinely a pleasure to use.

That’s been our review of the Google Pixel 5. Are you picking one up? Let us know! 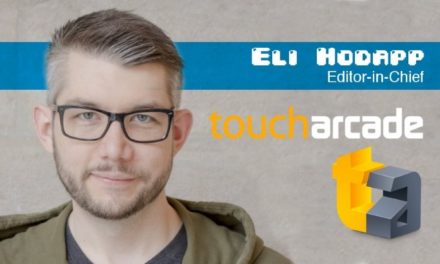 TouchArcade Is Featured on This Week's Game Hugs Podcast 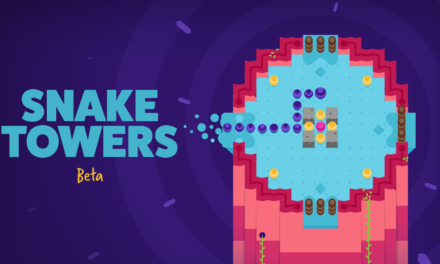 'Snake Towers', from the Creator of 'Daddy Long Legs', Is Looking for Testers in Our Forums

How will World of Warcraft, Starcraft, and Blizzard's other games work for mobile?

Kirin 710 reportedly in the works: Is Huawei giving its mid-range phones a boost?