The most recent release on mobile from develop Doublethink Games is the brutal, and I mean absolutely brutal, two-button Metroidvania-style platformer Necrosphere ($2.99). It is a game that will chew you up and spit you out over and over and over again, and is actually an incredible game if you are into borderline masochistic difficulty. So what is on, like, the complete other side of the spectrum from Necrosphere? Their next mobile game Melbits World, I’d say. It’s an extremely cute and colorful 3D puzzle platformer where you control a huge cast of Melbits, adorable creatures who live inside all of our fancy electronic devices. Their job is to eradicate the evil viruses that cause our digital devices to malfunction, and in turn keep the “good vibes” of the Internet intact so it can keep on working for everyone. Here are a couple of really cute trailers for Melbits World.

Interestingly, Melbits World originally launched more than a year ago on the PlayStation 4, and one of its big unique features was its use of the Melbits World Playlink app that allowed multiple players to use their smartphones as controllers while playing cooperatively. It’s a neat idea, but also suits a pretty niche audience, which is why last month Melbits World was released on to a much wider audience on Steam and Nintendo Switch. And now it’s also heading to mobile next week on February 6th, and is available for pre-order in the App Store right now at a price of $4.99. You do lose the novelty of smartphone-driven cooperative play, but there’s a whole lot of puzzle platforming goodness here for solo players with 72 unique levels spread across 6 different worlds. There’s also a whole host of cute Melbits to collect and customize to your heart’s content. Keep an eye out for Melbits World on iOS next week.

‘Fire Flushed’ is a Cave Flyer Style Game about Extinguishing Wildfires, from the Makers of ‘REKT!’ 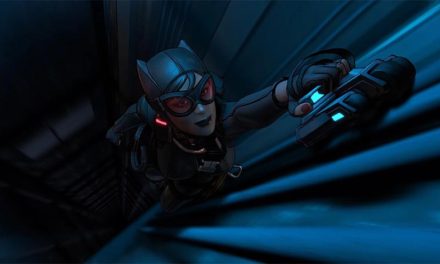 The most controversial apps and games from 2019

These are the coolest new features coming to MIUI 12