One of the great things about the Android market is the diversity of features, prices, and even software. There are a ton of Android phones out there, but what’s the best in 2019?

Spec sheets and feature lists aren’t always enough to get an idea of how good a phone really is. In this roundup, we’re looking at the absolute best — the Android phones of 2019 you can’t go wrong with. We picked based on a combination of internal testing and subjective reviewing. Phones are judged by four main criteria: the best overall, best camera, best battery, and best value. Without further delay, here are the best Android phones!

The Note 10 Plus was added, the Pixel 3 was removed from the best overall due to aging hardware (though it’s still one the best camera phones around!).

Before we dive in, here’s a quick overview of the best Android phones for each category:

Editor’s note: We will update this list of the best Android phones regularly as new devices launch.

Samsung’s Galaxy S line reaches near perfection with the Samsung Galaxy S10 Plus. There’s little this phone can’t do. Featuring the Snapdragon 855 (or the Exynos 9820, depending on market), up to a massive 12GB of RAM, and a 6.4-inch AMOLED panel with the new Infinity-O punch hole, this is an attractive powerhouse. Its high-performance ethos continues on to the rest of the components including storage, which goes as high as 1TB, and a 4,100mAh battery that’s more than capable of making it through the day.

The only weak link is the camera. The new camera package isn’t bad, but it doesn’t hold a candle to devices like the Pixel 3 or even Samsung’s own Galaxy Note 9. Still, if you can look past that, the rest of the phone is amazing and there are few other phones out that that come close to offering this much under the hood.

If you don’t need a giant phone and still want a similar Galaxy S10 experience, you should absolutely check out the Samsung Galaxy S10e. It’s smaller, cheaper, and has a better fingerprint sensor!

Why you should buy

Why you should pass

Samsung Galaxy Note 10 and Note 10 Plus

Although the Galaxy S family is the most popular line of Samsung devices, the Galaxy Note line takes the power and versatility of the S line a few steps further. This is especially true with the new Samsung Galaxy Note 10 Plus.

Featuring the Snapdragon 855 (or the Exynos 9825, depending on market), 12GB of RAM, and a 6.8-inch AMOLED panel with the Infinity-O punch hole, this is a powerful phone. The design is equally attractive, though not necessarily massively different from the S line. On the downside, the Note 10 Plus doesn’t offer a 1TB option, but the 256 and 512GB options should be more than enough for most.

The camera remains largely the same as the S10 Plus, though in our review we noted it made a few improvements to processing and software. The S10 Plus had a decent camera but was considered a bit of a downgrade from the Note 9, and this will remain mostly true with the Note 10 Plus. Still, it’s not a bad camera just not as impressive as we’ve seen from Samsung in the past.

For those who love the S Pen, the Note 10 Plus continues to excel. This time around the S-Pen even gets a few new tricks like gesture controls that let you do things like control your smartphone camera remotely just by waving your hand in certain ways.

Why you should buy

Why you should pass

While they may not rival the Galaxy S10 in terms of specs, the Google Pixel 3 and Pixel 3 XL improve on the very aspect that made the Pixel 2 so great — the camera. They still sport the same single rear cameras as the Pixel 2, but there are a ton of camera software improvements here. Top Shot mode will take multiple pictures of your subject and recommend the best one. Night Sight also brings next-level low-light photography thanks to computational photography. Finally, there’s a mode called Motion Auto Focus that lets the Pixel 3 focus on a subject in a video, no matter how much they move around.

They both have 18:9 screens (well, 18.5:9 for the XL), yet they still look very different from one another. The Pixel 3 has a 5.5-inch Full HD+ screen that makes it look like a smaller Pixel 2 XL, while the Pixel 3 XL has a big ol’ notch at the top of its screen. Both phones also come with Qi wireless charging support, no headphone jack (womp womp), and still manage to squeeze in front-facing speakers.

The Pixel 3 could be considered the Android iPhone. But is there anything wrong with that?

Note: We don’t recommend buying a Huawei phone right now, at least not until the Huawei-U.S. debacle is cleared up. Read more here.

The Google Pixel 3 might be the photography king, but not if Huawei has anything to say about it. The new Huawei P30 Pro packs a triple-camera setup — complete with a time-of-flight sensor — and brings one of the most versatile camera experiences out there. The 40MP main sensor, coupled with the 20MP wide-angle and 8MP telephoto lenses, aim to offer a solid photography experience whether you’re shooting landscape or portrait photos.

This is all backed by a fantastic spec sheet, a striking design, and new hardware features that give other 2019 flagships a run for their money.

OnePlus pulled out all the stops with its new flagship, the OnePlus 7 Pro. It may not be the best value out there, but it actually might be in the running as one of the best Android phones of the year.

The phone features top-tier specs, a fantastic 90Hz OLED display, and even a pop-up selfie camera in place of a display notch. Not only is it a big step up from the OnePlus 6T and vanilla OnePlus 7, it even has some of us thinking of ditching the Pixel for it.

Ever since the Nexus 5X days, Google has pretty much exclusively focused on top-tier smartphones. The original Pixel, Pixel 2, and Pixel 3 were all very pricey at launch, leaving those of us wanting a cheaper Google-made phone out to dry.

Finally, Google is back to its more affordable roots with the Pixel 3a and Pixel 3a XL. The Google Pixel 3a XL has many of the same internals as the Pixel 3, but at a much lower price. It comes with a Qualcomm Snapdragon 670 SoC, 4GB of RAM, squeezy sides to access Google Assistant, and a nice OLED display. Oh, and a headphone jack!

The most important aspect brought over from the Pixel 3 is the camera — the Pixel 3a and 3a XL have the exact same rear camera sensors as the Pixel 3 line. That means you’re getting one of the best smartphone cameras on the market.

What if you could get nearly every feature you’d expect from a high-end flagship phone, but without having to shell out $1,000? You can, thanks to the OnePlus 6T. You get a fast processor — the Snapdragon 845 — plenty of RAM, lots of storage, and a large 6.41-inch Super AMOLED display with a small waterdrop notch.

You even get something not all smartphones have: an in-display fingerprint sensor.

The 3,700mAh battery lasts over a day, and it’s backed up by the company’s fast charging technology, which will fully charge it up in less than 90 minutes. All that and it starts at just $549.

Buy from OnePlus.com
Looking for something a bit newer than the OnePlus 6T but with simple features and value? We recommend the ZTE Axon 10 Pro as a solid alternative. It sports a beautiful design, excellent battery life, a newer Snapdragon 855, and a near-stock Android experience.
BUY IT ON ZTEUSA.COM

That’s all, folks. What are your thoughts? Be sure to leave a comment below if you feel strongly about any one of these phones?

Motorola’s website leaks all of the Moto G7 phones 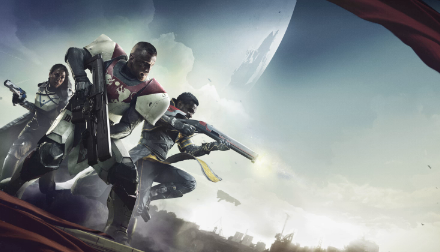