Hello and welcome to our first ever Arena of Valor news round-up! Following the same format as our Hearthstone series ‘Touchstone’ (which is currently sitting on its 123rd iteration!), we’ll be here to update you on all things Arena of Valor every week for however long you’re all willing to read our ramble. Since the US/Canada and Latin America servers went live just after Christmas, Arena of Valor has enjoyed rapid weekly updates in an effort to unite each server closer in terms of content. The idea is to have each server on equal footing in time for the Arena of Valor World Championship in a few month’s time; so let’s see what’s been happening this week!

For those who might not know much about Arena of Valor, the Tencent-owned mobile MOBA title has a bit of a DC deal going on. Batman, Wonder Woman, Superman, and even the clown prince of crime, The Joker, himself are already popular picks on the battlefields of Athenor. After months of relative silence, The Flash finally speeds into town – picking today of all days to release. Unlike most of the other DC characters to join the game, there’s no way to grab this guy for free. You’ll either need to spend copious amounts of in-game Gold (23,999, to be exact), or open up your wallet to pick up 1599 Vouchers.

The speed king stands out as a fairly unique melee/mage finisher-style hero, zipping into a fight to deliver magic damage with a flurry of punches, and then tearing enemies to shreds by running circles around them with his ultimate. After that, the somewhat squishy hero is expected to zip back out so that he can live to fight in the next unavoidable skirmish.

Last week saw Astrid ‘the Indomitable’ get one of the game’s greatest skins. Far more than a simple recolor job, Astrid’s ‘Slugger’ skin swapped out her knightly charms for a convincing baseball uniform complete with bat and fancy visual effects.

The release didn’t go according to plan, however. The costly skin was offered at a slight discount for pre-purchasers and even enticed them with a trial card to play with the skin before its official release. Rather than just offer the limited-time discount through the store as usual, Tencent botched the whole thing by making players jump through hoops.

The confusion of needing to pick up two tokens to redeem at a later date resulted in people buying one long after the other had been discontinued; meaning some players threw down cash on something they ultimately couldn’t redeem. Tencent’s usual stance on refunds is a solid “No”, but they’ve agreed on a ‘one-time courtesy’ for those who were affected by their lack of proper planning.

Tap into the in-game announcements page and you’ll see mention of Beta 14 tucked away nicely. We won’t know much about it until it’s good and ready to roll out to the masses, but it does mention that Batman will be offered for free to those who try out the upcoming ‘Death Match’ mode.

Batman has been available for free once before on the European servers, but can only be had by using Vouchers acquired through in-app purchases at any other time, costing 500 vouchers more than the most expensive original characters. The announcement of Beta 14 will see the caped crusader finally be available to buy using in-game Gold. Just expect him to follow the same price pattern of other DC characters. That’s 23,999 Gold.

Allegiance Kicks Off Valor Series Week 5 With A Lightning Round

In the run-up to the Arena of Valor World Championship taking place this July, the Valor Series acts as a qualifier for the US/Canada, Latin America and European servers. Now in its 5th week, the NA leg of the tournament on Wednesday saw Allegiance shine bright by winning their match against Zero9 with two victories at under 9 minutes each. 6-0 on towers and more than double the match gold showed that Allegiance were on-point when it came to snowballing the entire set.

A scary sight to see for their upcoming opponents, an embarrassing slaughter for Zero9 in the semi-final, but heaps of entertainment for those watching back home. Hard luck, Zero9!

Following the push to the Valor Cup final, Valor Fest extends the excitement to the non-pro side of the game. Valor Fest festivities began on May 5th with the promise of unrestricted Gold/EXP gains and a bigger-than-average free hero rotation. Apparent fan favorites like Diaochan, Moren and TeeMee made the cut, with relative newcomer Liliana going free for a few weeks not long after being introduced to the game with the usual hefty 18,888 Gold price tag. It’s a great time to learn some new characters and farm for Gold and Experience while the weekly cap is all but gone.

Most of the good stuff will be going on throughout the month of May, but you’re encouraged to check the in-game announcements board to see when each individual promotion is set to change or disappear. Things are happening in bursts, it seems. 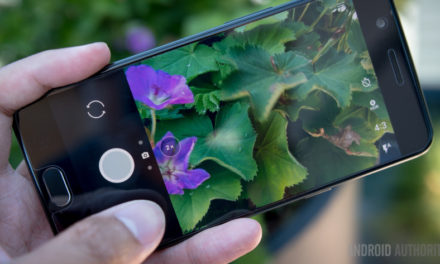 OnePlus now has a OnePlus 5 audio problem to fix