We finally got our eyes on the Apple Watch Series 7. Those planning to grab their own can expect a bigger screen, more faces, and improved charging.

See also: The best smartwatches you can buy

Apple’s virtual “California Streaming” event included the all-new Apple Watch Series 7. The device will launch with some display changes, plus a shortlist of other updates. Without any significant health sensor updates, Apple Watch Series 6 owners may be tempted to wait it out for the Series 8, but there is still certainly plenty to get excited about.

The Apple Watch line is getting a facelift. The major updates include a 20% larger screen than the Series 6, plus thinner borders to maximize screen area. The new screens will be able to fit 50% more text and feature enlarged buttons. They will also be 70% brighter. The redesigned watch case also features thinner bezels. Additionally, the Series 7 will be more durable than ever with improvements to its crack-resistant display screen.

The Apple Watch Series 7 also adds green to its color wheel in addition to the colors we’ve seen in the past. For its most popular band styles, Apple is introducing even more colors, and also announced that all bands will still be compatible with the new case design.

To put that increased screen space to use, Apple also announced Series 7 users can look forward to some new faces. These will include a new modular face packed with data, and an arty Dynamic Contour face that pushes the clock face out to the edges of the display, as well as faces for branded versions of the Apple Watch.

See also: How to change your Apple Watch face

We didn’t see the increased battery life that some rumors suggested however, improved charging technology will allow the Series 7 to charge from zero to 80% in just 45 minutes.

When and how to get the Apple Watch Series 7

While we’re excited for the official introduction to Apple’s latest smartwatch, we’ll still have to wait a bit to get our hands on one. We didn’t receive a hard date yet, just that the Series 7 will launch later this fall. It will be available for purchase starting at $379. 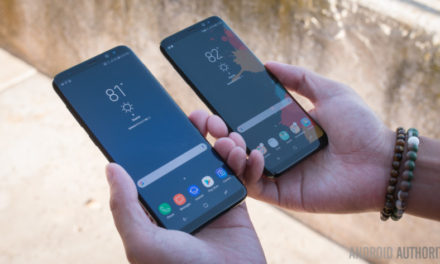 These are the phones with the latest Android security patches